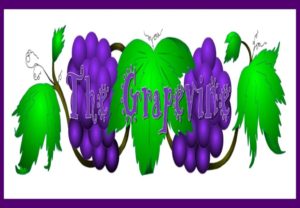 Christy Cooper and her husband made their way to lovely Key West for some much deserved R&R.  Good for them … though I am a bit jealous …

Speaking of Key West, Tom and Missy Palitzsch had the same idea and had a blast there!

Florida, Florida, and more Florida … Looks like Mark Hiller enjoyed some great family time in Sandestin!  That sure is an adorable grandbaby!!

Jamie Leggett slipped away to beautiful Georgia for a few days of camping … or was it actually glamping??

Looks like Cindy Deters had a super-duper birthday this year.  She celebrated in Riviera Maya!  Now, that’s a birthday party I would have liked to attend . . .

I always knew Terri Sutton was a fancy gal … but it has been confirmed.  She was seen riding around town in a limo, by George!

Happy anniversary to Adrian Kleeschulte and his wife on 15 years of marriage!  He doesn’t look old enough to be married 15 years . . .

Finally, congratulations to our members and staff member who won in the April election:  Rob Hussey re-elected to the Wentzville Board of Aldermen; Michelle Walker and Mike Hoehn elected to the Francis Howell School Board; and Bridget Ohmes re-elected to the St. Charles City Council.